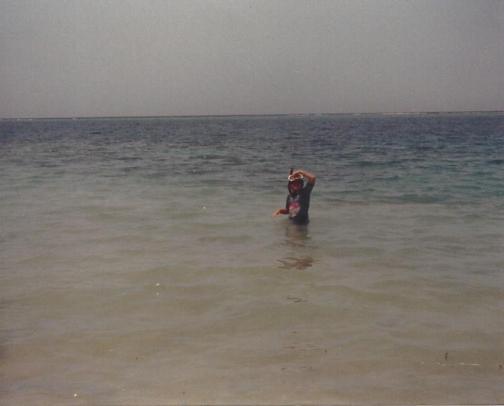 I can snorkel all day long. I have been fortunate enough to do this in some of the greatest places on earth. When asked I say I learned to swim when we were on R&R from Tembagapura, West Irian Jaya (Papua), Indonesia, in Australia. We were moving from one flat to another and I went down to the pool with my life jacket, snorkel and mask to float around until my mom came down to watch. Once she did off came the life jacket. At first I was pushing myself around a shallow bench on the side of the pool, but the bench ended and I surprised myself by SWIMMING!

We moved flats and most importantly the new one had a pool with a deep end! I was quickly challenged by retrieving items from the bottom of the pool. I was free! I could swim in the three dimensions under the surface of the water. My  new found freedom led to great adventures. Early childhood is compressed into great memories and so much of mine starts at the waters edge.

One of my earliest snorkeling memories was from Green Island. Adopting best dive practices my snorkeling buddy was my dad. We paddled around looking at all the wonders bellow the sea. As the mythology of memory and story telling goes we had disturbed a large ray and when it swam off we we so startled by its size and sudden movement we got out of the water as if Jaws itself was after us. But once our heart rates returned to normal we were back in the water.

In contrast to the jungle of coral and large brilliant colorful fish of the Great Barrier Reef I have an early memory of snorkeling in Bali, Indonesia. The beach was the whitest of sand without a person in sight. Swimming out in the clearest of water there were isolated coral formations with tiny iridescent fish. This spot taught me to spend more time looking at the small details of these coral habitats as well as to slowly explore the sandy bottom for fish, mollusks, and crustaceans.

I was hooked! By second grade I was devouring every book I could find on diving and marine biology. Our library had a The Ocean World of Jacque Cousteau ,  which quickly became my bible. Every interest I had growing up was built on a pile of library books my parents supplied me with. At this point we were living in Abu Dhabi, United Arab Emirates. With the Arabian (Persian) Gulf only minutes away I had great access to underwater adventure. Most of the areas we snorkeled were piles of bleached broken coral, but they could capture my attention and imagination for days on end. One of the greatest curiosities here was the spherical grains of sand.

In years to follow we moved across the Arabian Peninsula to Jeddah, Saudi Arabia on the Red Sea. Although we had moved for my parents’ jobs you might think we had moved for my interest in the worlds below the surface. My favorite alternative to day dreaming was testing my ability to hold my breath vs. the sweep hand on my dive watch. What third grader has a dive watch? 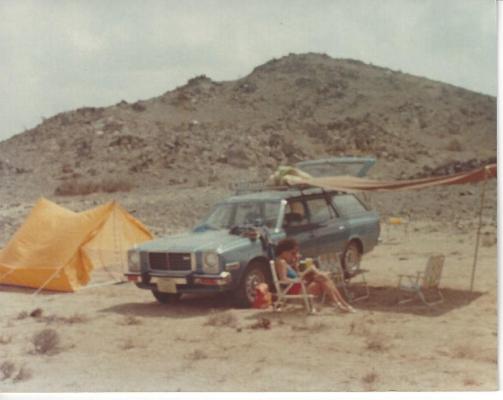 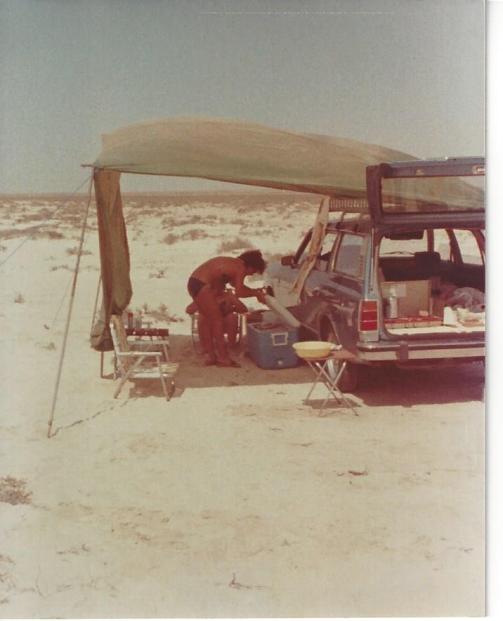 It seemed we spent every weekend possible visiting or camping on the Red Sea. The drill was to load up the family Mazda station wagon drive along the corniche and pull off onto some deserted stretch of beach to camp. This was dry camping, so you were responsible for everything you needed to be comfortable. My folks are great car campers! They had this down pat. To this day day I will emulate their family camping style. 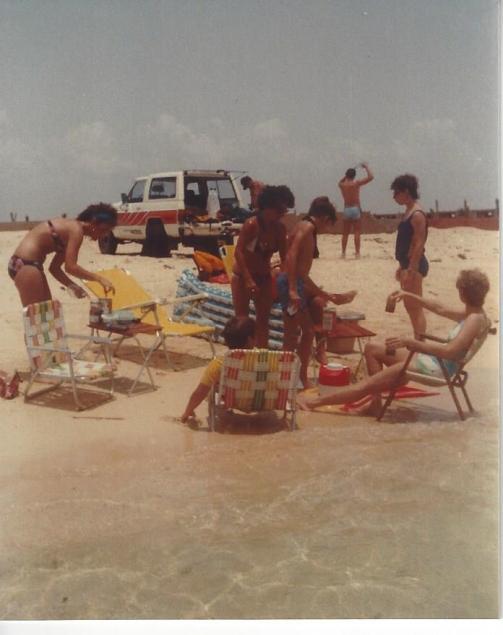 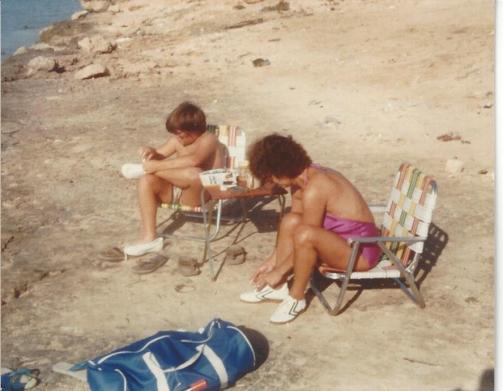 We had a group of friends who enjoyed this pastime as well. There was safety and fun in numbers. You never wanted to get stuck in the sand without extra helping hands or jeeps or Blazers to get you out – and this did happen on occasion. Friends always had more to share at mealtime. Campfires were brighter and song filled with friends. Snorkeling with a buddy is always rule #1, so this group of friends was dear. 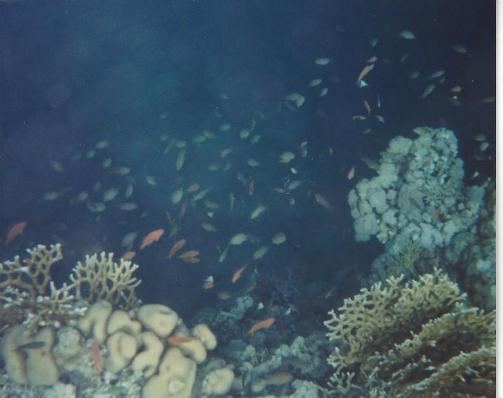 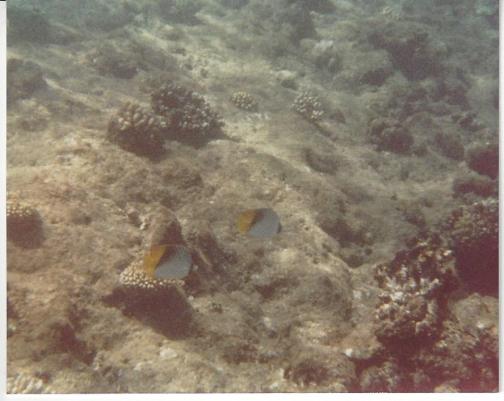 While swimming above the outer reef with all its brilliant coral and tropical fish was awe inspiring, I could only do this with an adult. So I spent most of my time in the shallow waters exploring under ever rock and peering into every crevice. I would watch burrowing fish and cruise through stomach deep water chasing near camouflage cuttlefish. It was all equally fascinating and invaluable to me. 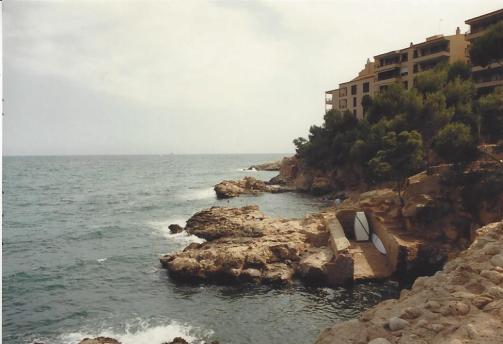 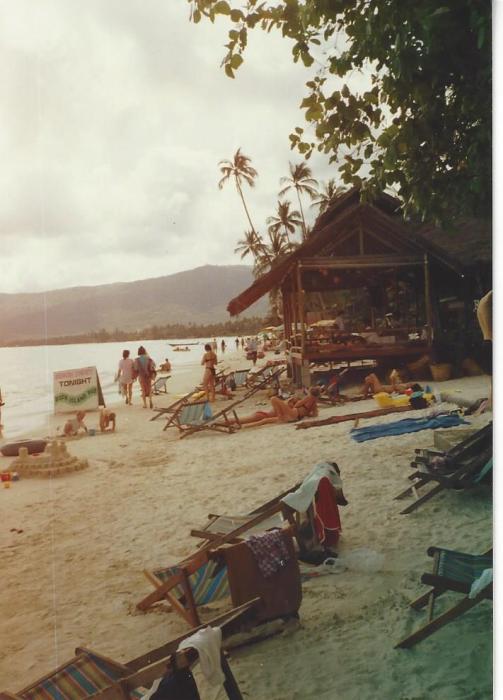 Travel was a big part of living in Saudi. My folks were teachers at the international school run by the national airlines of Saudi Arabia, Saudia. Vacations in Greece, Spain and Crete got me peering into the cold clear waters of the Mediterranean. Vacations in Bangkok and Pattaya Beach, Thailand introduced me to Gulf of Thailand, which I would return to repeatedly on vacations to Koh Samui. Vacations in Hawaii early with my family have led to more recent ones since with snorkeling being a highlight.

I know I will continue my quest to explore things under the sea. This spring I have a family trip planned to the Florida Keys. I will undoubtedly write about it here!

3 thoughts on “Under the Sea”